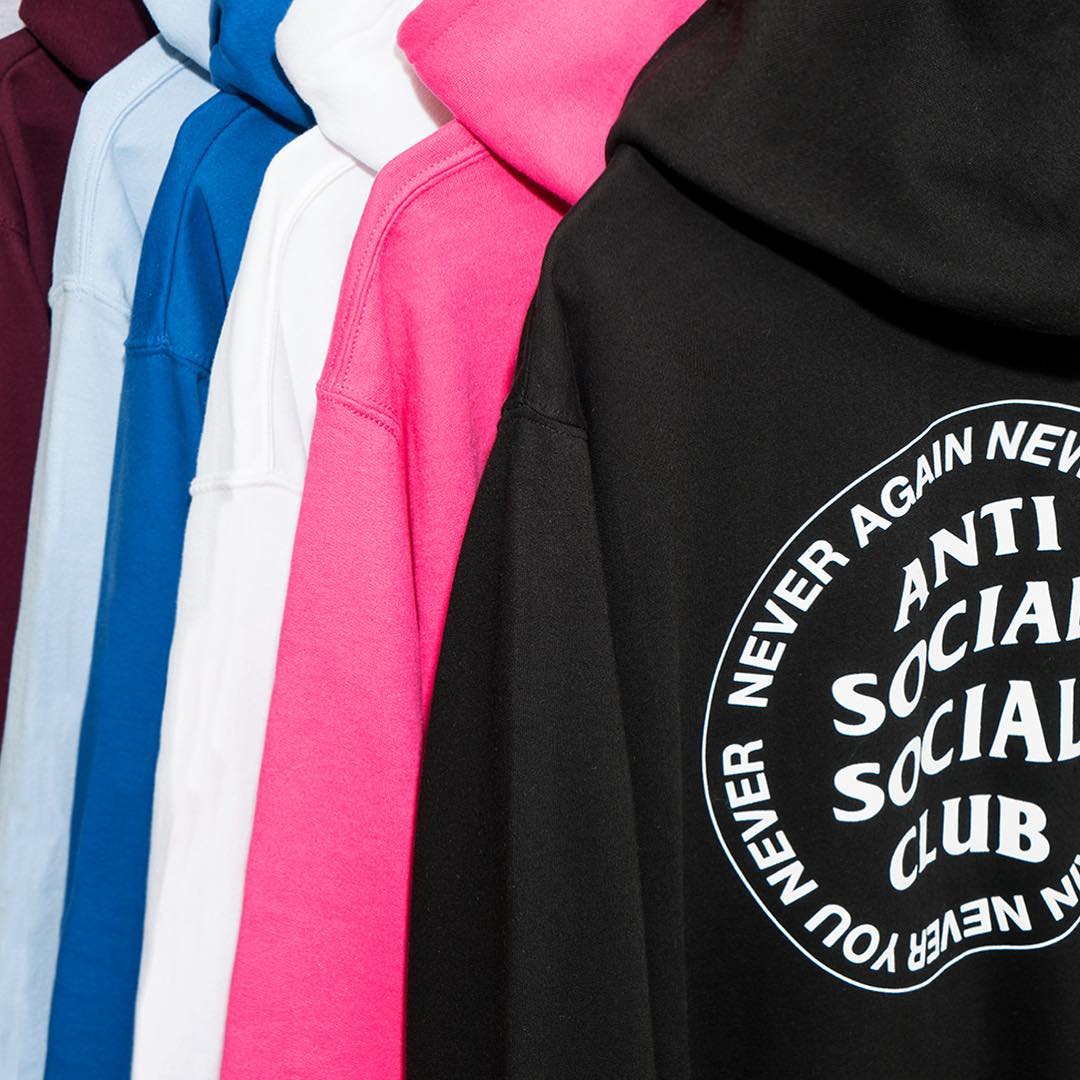 As a present for America’s Independence day, on Tuesday, July 4th, Anti Social Social Club will release a new Fall/Winter 2017 collection at 8 a.m. PST. If you want to buy any of their goodies, you better set up an alarm since ASSC tends to sell out in as fast as 45 minutes.

Thanks to the brand’s Instagram account, we get a sneak peek of the collection. Previewed colors consist of black, pink, white, royal and light blue, and burgundy. While the label is known for its iconic wavy typographic design, the new season features new designs: a mini-printed ASSC Ferrari, an italicized font, and a photo tee that shows alcohol consumption.

ASCC was founded by a 28-year-old Neek Lurk just over two years ago in LA. The brand’s identity is built on Lurk’s fluctuating mental state.

Hypebeast called Neek Lurk a manic depressive, a sadist, and a masochist. He agreed with the description. Lurk was not liked in high school and couldn’t get into house parties so he created Anti Social Social Club with this feeling of not belonging.

When Lurk moved to LA several years ago, he took a lot of photos on his Ricoh camera. One time, he photoshopped an Anti Social Social Club t-shirt and when he posted it, people bought 12 of them. “I was like, ‘Oh, cool. I can make shit. I can just make these 12 at least.’ That’s what I’ve been doing since high school: making things and selling them. But never this big. Now it’s a whole different beast,” he told Amuse. When he started selling basic hats with the logos on the side, the sales went through the roof.

The brand has received a lot of attention from celebrities like Wiz Khalifa, Travis Scott, Kim Kardashian, and Kanye West. Now it has 1 million followers on Instagram and a cult-like following.

When Lurk was asked if he always imagined himself having a successful brand, he responded, “No. I have no goals in life. It’s all gut feelings.”