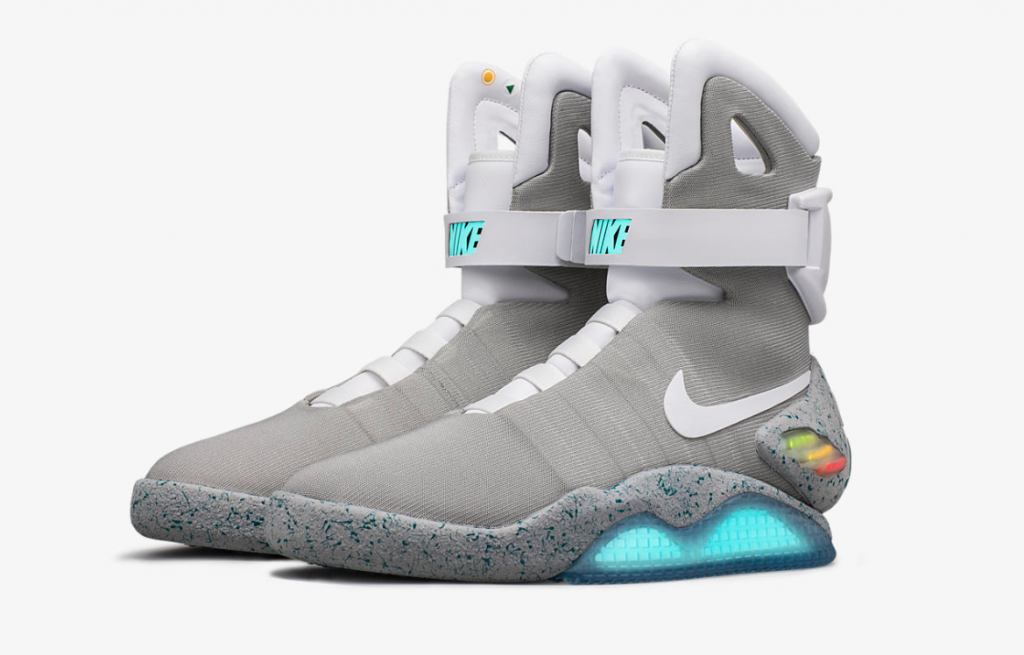 A pair of Nike Air Mag self-lacing sneakers—a concept that was first introduced in the iconic movie Back to the Future and brought to life by Nike in 2016—sold for $52,500 setting the world record for a collectible sneaker at public auction and smashing the previous record of $32,500. The Air Mags were part of a first-time auction by Heritage Auctions, titled The Future is Now, which brought together rare pop culture and urban art objects, sneakers and “street art.”

The Future is Now offered 151 lots and marked the first time a major international auction house has offered collectible sneakers. The sale also included surfboards, skateboard decks, and street art together in one sale.

“This auction was a successful first step to bring together a number of different themes and objects. Collectors were excited to see their passions displayed on a public stage, giving them a platform and a voice. As a result, we saw a record number of page views on ha.com, amazing press coverage and the foot traffic at the Beverly Hills office during the preview leading up to the auction was amazing,” said Leon Benrimon, director of modern and contemporary art at Heritage Auctions.

Highlights also included: Futura 2000’s Untitled, a large-scale work with spray paint and acrylic on canvas, which realized $35,000; two separate Damien Hirst hand-drawn skateboard decks Dots 5 – Skull and Dots 5 – Little Shark each of which sold for $12,500; and a silkscreen print on t-shirt Andy Warhol titled Self-Portrait with Fright Wig, circa 1986 which hammered for $12,500.

A pair of the 2011 edition of the Nike Air Mag, accompanied by its original box and hand-signed by Hatfield, garnered $8,125.

The Internet’s most popular auction-house website, HA.com, has over one million registered bidder-members, and searchable free archives of four million past auction records with prices realized, descriptions and enlargeable photos.

Daisy began her career as a travel PR representing numerous international Tourist Boards and luxury, lifestyle, and charity projects. Her passion and tenacity teamed with 8 years of experience has taught her to be a strong champion of both PR and journalism whilst appreciating and respecting the nuances of both. She is passionate about exploring and questioning the world around her and draws inspiration from all walks of life, unfazed by eccentricity, pop culture, politics or social and global issues. Daisy is somewhat unconventional, occasionally controversial, doggedly determined and infuriatingly curious.