Imagine waking up one day to an Instagram message that you have been awarded a million-dollar contract for a brand collaboration. This happened to Jessie Noveja, the 22-year-old California native, who was just selected as fashion brand MinxStar’s new model. She is the first of three women to be chosen to represent MinxStar for its 2018 premiere launch line. MinxStar is the first brand of its kind to offer such a lucrative contract to one of its Instagram followers.

MinxStar is a new online retailer offering affordable, fast fashion for women of all sizes (sizes range from XS to 3XL). The brand’s photoshoots take place in various locations: from Greece for swimsuit season to New York City for fashion week. The company advertises through everyday people or Instagram influencers instead of celebrities.

Jessie Noveja posted a picture of herself wearing and tagging @Minx.Star on her Instagram. The picture caught the eye of the company’s CEO Barry Peele, who reached out to her directly via Instagram and offered her to be the first brand ambassador. Peele is also an LA-based celebrity photographer, who has photographed such icons as Madonna, Demi Moore, Sofia Vergara, and Paris Hilton.

“I was specifically looking for a real girl that embodied the everyday, accessible attitude that MinxStar embraces, and this particular shot of the young Instagrammer stayed with me for days,” Peele said.

Jessie Noveja is a Latina model known for her broad pout and sexy curves. The vibrant Virgo, lives in LA and absorbs all gigs possible: she has modeled for Fashion Nova, Modern ImageWear, Trill Imagery, FD Photo Studio, BangTime Clothing, Street Motivation Magazine, and most recently, Minx Star. She has also made an appearance in Los Alegres Del Barranco’s music video, a popular mariachi band based in LA.

For some, social media has become a way to reach the American Dream. Instagram is so much more than just a photo-sharing platform. The app is used for self-promotion, body positivity, political stances, and just about anything else that fits Instagram’s guidelines of “fostering meaningful and genuine interactions.”

Noveja has a steady fan base of 100,000 + followers on Instagram. She has achieved her wildest dreams through aptitude and loving her body to the fullest. For a long time, the modeling industry has been dominated by white, skinny, and tall models, but social media has provided a space for women of all races, backgrounds, and ages to be noticed and admired.

MinxStar intends to award two additional contracts, also via Instagram, and encourages all women to get involved. Potential brand ambassadors need only post a MinxStar outfit of the day (#OOTD) on Instagram and tag @minx.star in their comment to be considered for one of the company’s two remaining contracts. MinxStar will also repost selected followers’ posts. 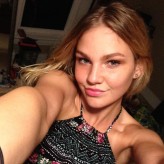